Talking about the common faults and solutions of injection moulds

Talking about the common faults and solutions of injection moulds

Abstract: The development of China's moulds has experienced more than half a century. At present, the development level of China's mould technology has been greatly improved. Especially in the past 20 years, the world's mould manufacturing technology has been greatly improved, and China's mould industry is facing precision. , complex, efficient and other directions. This article discusses some of the common troubleshooting methods by introducing common problems in injection mould technology.

With the rapid development of China's economy, the manufacturing industry has also accelerated the pace of development. This has put forward higher and faster requirements for China's mould industry. Advanced world mould technology also promotes the development of China's mould industry. There are many varieties of production, and the elimination of moulds is also relatively fast. This requires that the development of mould technology should adapt to this requirement and be flexible and rapid. Injection mould is an important branch in mould technology. Its structure and processing quality directly determine the quality and efficiency of plastic products. The most common and most common mould failures in injection mould production and plastic product production practice The main reasons are as follows, and the following is a detailed analysis.

1.Blackening, discoloration and analysis of the causes of injection moulding products

In some of the injection moulded products, black spots and discoloration problems have appeared. This problem is ubiquitous in injection moulded products. This is caused by the temperature of the plastic in the barrel being too high, or it may be the coking caused by the plastic staying in the barrel for a long time, and finally the problem arises as the melt enters the moulding cavity. The emergence of this problem generally requires solving several problems.

First, the machine. In the temperature control system of general equipment, when the above problems occur, it is necessary to check the temperature control system first to check if it is malfunctioning. In addition, the defects of the barrel and the screw also cause the melt to aggregate and heat up for a long time, resulting in blackening and coking. There may also be reasons for the raw materials, such as ABS, cross-linking coking may occur in the cylinder, it is difficult to dissolve, and finally it is forcibly crushed into the product.

Second, the mould. Generally, the mould has an exhaust system at the time of design, and when the exhaust system fails, coking is likely to occur. In addition, it may be due to improper use of lubrication and release agent, resulting in coking.

Third, raw materials. Generally, the volatilization of plastic raw materials is serious. If the transportation and storage are improper, the raw materials will be contaminated and coking will occur.

Fourth, the processing process. Some operators lack experience, so that the mould pressure, speed, back pressure, and rotational speed are too large, leading to decomposition of raw materials. At the same time, the infrequent cleaning of the barrel can also lead to additive residues, and different materials should use different additives. 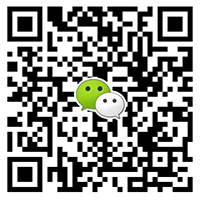